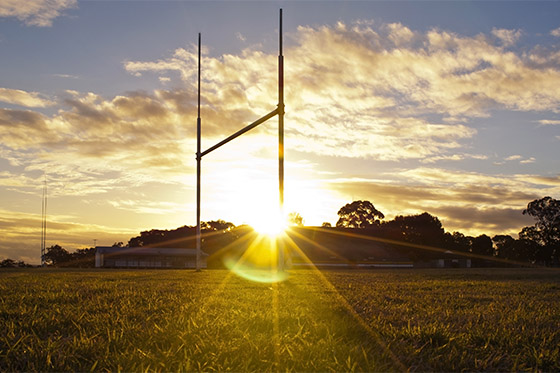 Ahhh, footy season. We’ve missed you. The first whistle is just around the corner and the travesties of last season are almost but a distant memory (58-0 Broncos fans?). Like many fans, you’re probably thinking that your team is “definitely in with a chance this year”, but let’s be serious, for 90% of us, the season will be over in just a few short months. Lucky for you, we’re here to help you stay sane this season, no matter what team you support.

Hang in there, it’s going to be a long year (we’re looking at you Gold Coast fans). Prepare to be bullied by just about every footy fan out there. There’s only one rule for you this season; changing teams is not an option. Our top tip for you - reminisce about the glory days (if your team has any) and blame the ref at every opportunity. Throwing around a few key phrases like “we’re in a rebuilding phase” and “bring back [insert club legend here]” might help make you a little more bearable this season too.

This bracket is a tough one. Your team is the type that’ll be unstoppable one week and then have you tearing your hair out the next as they struggle to string a couple of passes together. But there’s always a glimmer of hope they’ll scrape through. The simple answer to making your season a little easier to endure is to find a Wests Tigers fan and ask them (they’ve been here a lot). Seriously though, enjoy every win and look for your scapegoat player.

Lucky you. Your team is one of the fortunate ones who aren’t just making up the numbers this year. The calls are all going your way, you’ve made it through the season relatively injury-free and things are looking good. But don’t let it get to your head. Gloating will only make you ‘that guy’ when your team pulls off one of the great chokes (Broncos 2015 Grand Final). Our advice? Soak up that winning feeling while it lasts as there’s a fair chance you won’t be able to keep all of your stars under the cap (or sombrero if you’re a Roosters fan) next season. It’ll also pay to be nice to those at the bottom of the ladder – if you’ve been there, you know how it feels and if you haven’t, your time will come.

So, good luck this season and remember, if you’re having a few mates over for your team’s game this weekend don’t forget to stock up on snacks for the occasion. We’ve got plenty of great options in store.