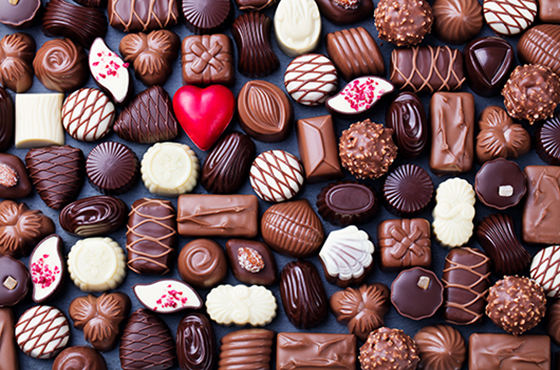 World Chocolate Day is almost upon us – not to be confused with World Milk Chocolate Day or World White Chocolate Day, which are two entirely separate and legitimate celebrations.

While you’re figuring out which decadent chocolate recipe is the best one to make for this festivity – or better yet, which of our chocolate treats are on special this month, here are some fast facts about chocolate.

1. Chocolate roughly translates to ‘food of the gods’. Producing paw paw-sized seeds and native to the deep tropical regions of the Americas, Theobroma Cacao is the name of the tree that produces cocoa beans, and which in English means ‘food of the gods’

2. Chocolate has more than 600 flavour compounds, while red wine has just 200. And there’s a plethora of desserts that mix the two; think red wine chocolate truffles, cake, ganache or puddings.

3. The Maya people created the world’s first chocolate treat: the hot chocolate. Far from the sweetened versions we sip today, their version was dark and bitter and enjoyed at weddings and special festivities, while there are accounts from 16th-century Spanish invaders that detail their special pouring traditions. This involved pouring the liquid from one vessel to another and, in the process, creating a frothy chocolate foam on the top.

4. It takes around four to five years for a cacao tree to produce its first beans.

7. Death by chocolate is a thing. Chocolate contains high levels of a stimulant called theobromine; poisoning can cause heart failure, seizures, acute kidney damage and dehydration. However, research says you’d need to eat about 85 full-size bars of the stuff to suffer.

8. July 7 is allegedly the day in 1550 that chocolate was introduced into Europe.

9. Once, chocolate was so valuable that the early Mesoamericans used it as currency. This could be the origin of those chocolate coins we all know and love.

10. Chocolate melts at just below human body temperature – which is part of the reason it is so satisfying.